A Girl from Egypt: Breaking stereotypes about Muslims in hijab Screenshot from “A girl from Egypt” Video.


CAIRO – 23 March 2018: “A Female, Arab, Muslim wearing hijab.” Every word of that sentence includes hundreds of stereotypes that are automatically related to any person with those characteristics.

Although Arab women have recently started to win ground in the prolonged battle to regain their rights to work, receive education and power, more obstacles are ahead to break taboos.

During their struggle for their rights, women also fight negative stereotypes demeaning their capabilities. Many have taken it upon themselves to defend their social roles, hopes and dreams.

This production is by Rehab Ismail from Egypt Today Magazine and was supported by OPEN Media Hub with funds provided by the European Union
DOP: Ahmed Hussein - Supervised by: Mohamed Abdel Baky


Egypt Today, in collaboration with Open Media Hub – part of the European Union Programme OPEN Neighbourhood – as part of the “Being 20” series, produced this video featuring Yara, a young Egyptian female who strongly believes in social change. She dedicated her time to volunteering and supporting social causes in the Arab world.


Consistent with her desire to achieve good for the community, Yara has built upon her studies in media information literacy to create an initiative that basically focuses on developing simplified media curricula for children in the underprivileged areas of Cairo in order to ground them with the fundamentals of being critical thinkers and aware content producers.

Through social media, Yara has played an influential role in many Egyptian youths' lives, where she provides them with opportunities and advices to empower them; her followers on different social media platforms get inspired by her activities and wait for her advice in life, work and how to reach their goals. 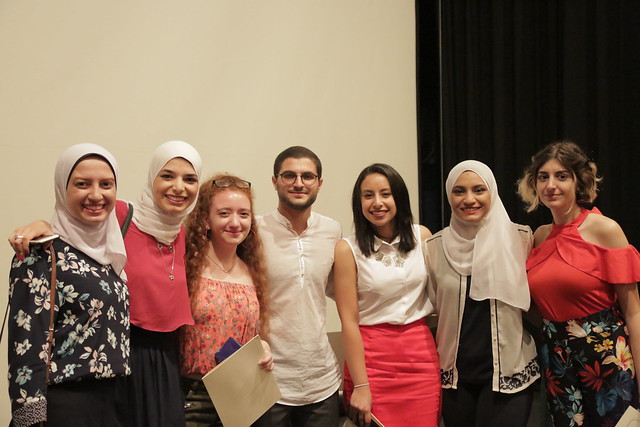 Yara has also traveled to represent the Arab world in different international events, where she worked on building bridges of communication and commonalities between nations to understand and know more about the Arab world.

Cairo- 21 October 2017: Russian President Vladimir Putin participated in the closing ceremony of the 19th World Festival of Youth and Students in Sochi on Saturday. He gave a speech to a number of participants representing the delegations attending the festival.


Being 20: Profile of a generation

OPEN Media Hub supports media professionals across the EU Neighborhood area. It is part of the European Union Program OPEN Neighborhood: opportunities, participation, engagement and networking” and is implemented by a consortium led by Thomson Foundation.