The International jury consists of: 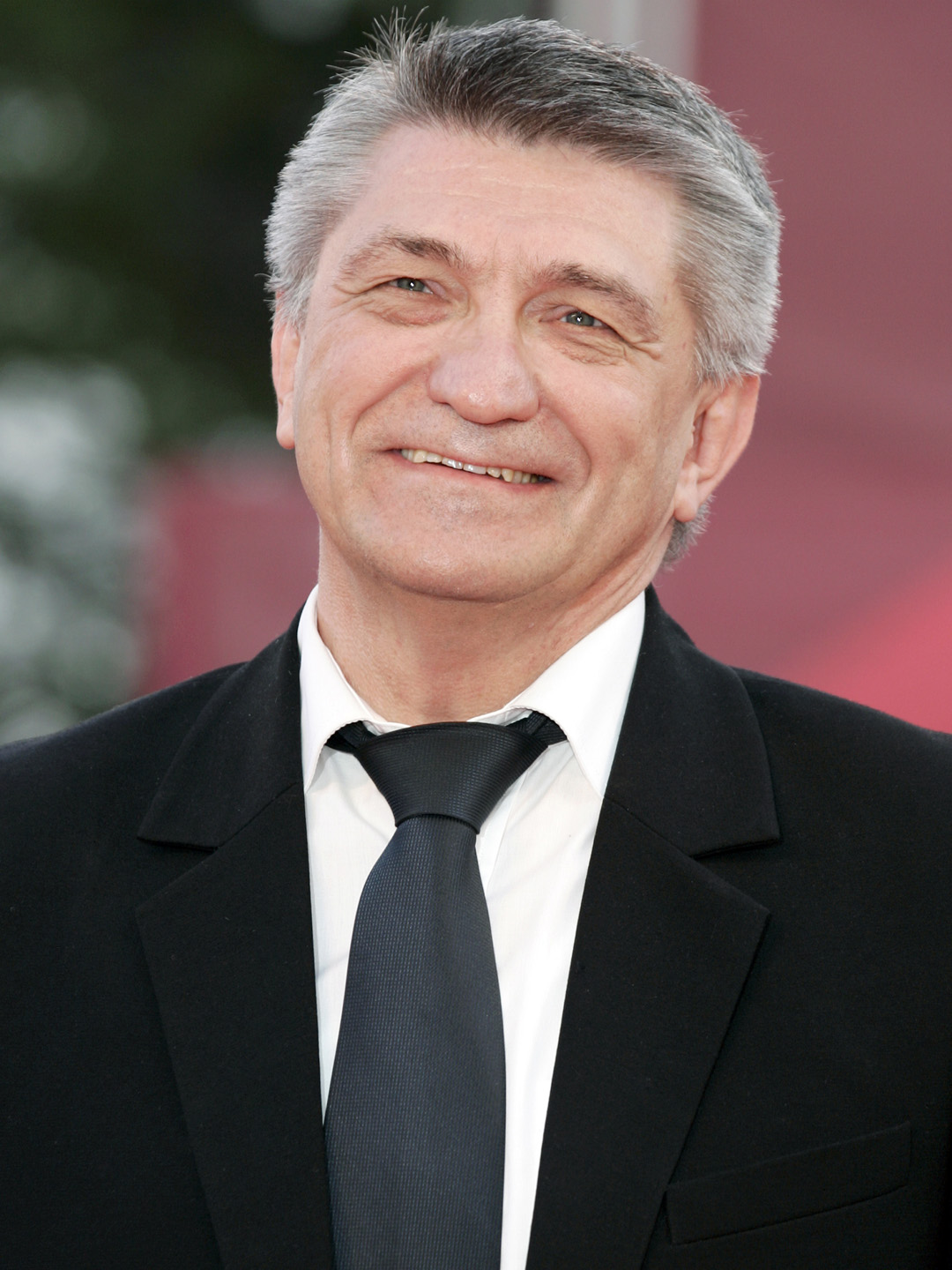 Born in 1951 in Russia. During his childhood his family frequently moved from one place to another, thus he first went to school in Poland and graduated in Turkmenia. In 1974 he got his first degree in History from the Gorky University, and in 1975 he entered the Producer’s Department at the All-Union Cinematography Institute, where he was granted the Eisenstein Scholarship.

His first feature film, “The Lonely Voice of a Man,” was not accepted as a graduating project. It was at that time that he received support from the outstanding film director Andrey Tarkovsky, who wrote him a recommendation letter to be employed by the film studio “Lenfilm” in 1980, where he worked on his first feature films.

In the late 80s a number of his early feature and documentary films were released for public and represented the Russian film industry at many international festivals.

He has been a participant and laureate of many international festivals, where he received many awards including: the FIPRESSI Award at Cannes Film Festival, the Tarkovsky Award, the Russian State Award (1997) and the Vatican Award, “Third Millennium” (1998).

In 1995 the European Film Academy listed Sokurov as being among the best 100 directors of world cinema.

At the present moment he is in the process of founding a film studio, “Bereg,” for non-commercial feature and documentary films. 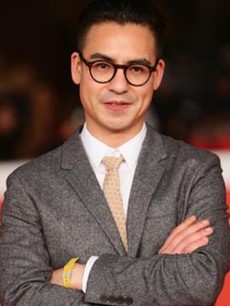 Burhan Qurbani was born in 1980 as the son of Afghan refugees in Erkelenz (North Rhine-Westphalia). From 2002 he studied directing at the Film Academy Baden-Wuerttemberg. Qurbani’s graduation film “Faith” celebrated its premiere at the 60th Berlinale in 2010 as one of the first student films in the International Competition of the Berlinale Film Festival.

His second feature film “We Are Young. We Are Strong” also received a lot of attention, and premiered at the Rome International Film Festival in 2014.

his third feature film “Berlin Alexanderplatz” reinterprets the novel by Alfred Döblin from 1930 as the story of an African refugee in Berlin in the present time. The movie was selected for the competition at the 70th Berlin Film Festival. At the German Film Award 2020 (LOLA) the film received 11 nominations and was awarded 5 Lolas, among others for Best Film in Silver.

“Berlin Alexanderplatz” is nominated for Best Screenplay and Best Movie for The European Film Awards 2020. 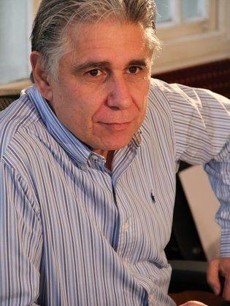 The CEO of Misr International Films, a company founded in 1972 by the late, world-renowned Egyptian filmmaker Youssef Chahine. Gaby oversees the company’s full spectrum of activities ranging from the exhibition, production, distribution to production services. Over the past three decades, Gaby has been the main catalyst behind MIF’s growth to the fully integrated film company it is today.

Since 1990, Gaby produced a wide variety of critically acclaimed films, documentaries, and TV series alongside directors such as Youssef Chahine, Yusri Nasrallah, Atef Hetata, Khaled Youssef, Samir Habchi, and Kamla Abou Zekri to name a few, which allowed him to gain recognition in the film industry. He also established and developed the company’s distribution and exhibition activities throughout the years, which cemented MIF’s position in the market.

Prior to joining MIF, Gaby has worked as an engineer at 3M in Lebanon, Iran, Syria, and Egypt as well as at IHI in Japan, Algeria, and Kuwait.

Gaby holds a Bachelor of Electrical Engineering from the American University of Beirut, Lebanon, and a master’s degree in Quantitative Business Methods from the University of Surrey, United Kingdom. 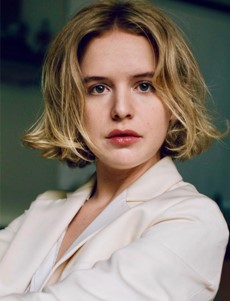 A multi-award- winning Film/TV/Theatre actress and writer. She starred as Ariela in “Leona”, co-written by herself and Director Isaac Chermin, which was an Official Selection of the 2018 Cine de Morelia International Film Festival where she won the coveted Best Actress and additionally won Best Actress for her Daring Performance as Maria in “Todo el mundo tiene a alguien menos yo” at Guanajuato Film Festival. Upcoming Projects include Co-starring in the Sequel of Sexo, “Pudor Y Lagrimas 20 años después”. Other Film projects include “South Mountain”, SXSW Film Festival in Dramatic Competition and “Cubby”. Known in TV for her star turn on the Once TV Series “Cronica de Castas” she also recurred on the American Television Series “Gotham” as Alice Tetch. She graced the stages of New York City’s Lincoln Center and The Public Theater in world premiere new plays by Richard Nelson, Greg Pierce and Sarah Ruhl. She will next star on stage opposite Pamela Reed in Sarah Ruhl’s World Premiere at Lincoln Center in 2021. González Norvind stars as Marian, the ill-fated young bride in “New Order” a dystopian drama thriller, an official selection (out of competition) of the CIFF 42, from Award-Winning filmmaker Michel Franco. 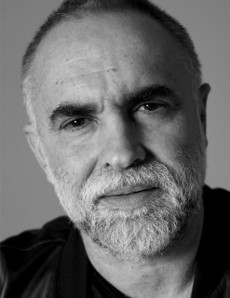 An award-winning filmmaker, screenwriter and visual artist. He debuted as a director with “Madame Sata” (Cannes Un Certain, Regard 2002). His other works include “Nardjes A”. (Berlin Panorama, 2020), “Central Airport THF” (Berlin Amnesty Prize, 2018), “Futuro Beach” (Berlin Competition, 2014), “The Silver Cliff” (Cannes Directors Fortnight, 2011),  “I Travel Because I Have To, I Come Back Because I Love You” (Venice, Orizontti, 2009) and “Love For Sale” (Venice, Orizontti, 2006). “The Invisible Life Of Euridice Gusmao”, Aïnouz’s latest feature film, won the Un Certain Regard Prize at the 2019 Cannes Film Festival and has been since the recipient of several prizes worldwide. Aïnouz is a screenwriter tutor and member of the Academy of Motion Pictures Arts and Sciences. 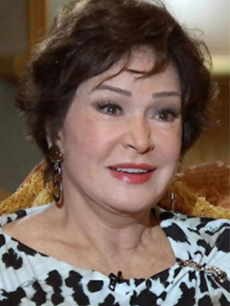 LEBLEBA
Lebleba started out in the film industry at the age of five and was famous for doing impressions of actors. She studied classical ballet, and later started singing, and composed 268 songs, 30 of which were for children. She won more than one award as for best actress, the most important of which was the Arab Film Biennale Award from the Arab World Institute in Paris for her role in Atef El-Tayeb’s 1996 film “A Hot Night”. For her role in the same film, she also won the Best Actress at the All Africa ​​festival in Cape Town in 1996.  As a child, she starred in six films, the most important of which were “Soso, My Love” by Niazi Mustafa, and “The Happy House” by Anwar Wagdy. She starred in 85 films, the most important of which are: “The Devil’s Heaven” by Osama Fawz, “The Gang of Hamad and Toto” by Mohamed Abdel Aziz,  “Beware of Al-Khot” and “His Excellency, the Minister,” by Samir Seif, “Alexandria New York”, “The Other” by Youssef Chahine, and “Hassan and Morcos” by Rami Imam. She also participated as a jury member in six international festivals and 16 Arabic festivals. She also participated in two TV series: “His Excellency” by Rami Imam and “Maamoun and Partners” by Rami Imam where she worked with  Egyptian star Adel Imam. Despite all the achievements, her artistic career continues to shine. 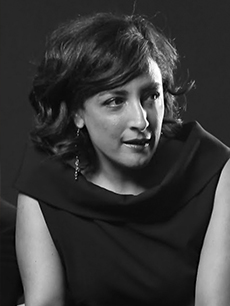 Filmmaker Najwa Najjar has explored several new artistic grounds having written, directed, and produced over a dozen critically acclaimed award-winning films premiering in Cairo, Berlin, Cannes, Locarno, and Sundance. In 2020 she was invited to join the Academy of Motion Picture Arts and Sciences.

With a MA in Film (US), she has worked in both documentary and fiction since 2000. Her critically acclaimed debut was the feature film “Pomegranates and Myrrh” (2009). Her second award-winning film “Eyes of a Thief” (2014) was the Palestinian entry for the 2015 Oscars Best Foreign Film. Her third feature film “Between Heaven and Earth” (2019) won the 41st Cairo IFF Naguib Mahfouz Best Screenplay award and was selected to the European Film Academy Awards 2020. Najjar is presently in the development of her 4th feature film “Kiss of a Stranger”, a musical to be shot in Egypt.

Co-founder of Ustura Films with branches in Palestine and Jordan, she has been a speaker on numerous panels on cinema and a Jury member of several International Film Festivals and has given numerous Director’s Masterclasses. Both a reader and an advisor for the Rawi Sundance Scriptwriter’s Lab, she has been developing a workshop for Palestinian and Syrian refugees in Jordan and Lebanon interested in filmmaking.